The benefits of RFID when tracking assets and RTIs are many. This article takes a closer look at some of the benefits from an RTI business and asset management perspective.

Opening up the concepts

What do we mean when we say RTI? RTI, Returnable Transport Item, is a reusable packaging asset, which is utilized in transporting goods and then returned to its original location. RTIs are roll cages, pallets, plastic crates, etc. The goods are packed in an RTI, then shipped through the distribution chain to its end location, a retail store, a factory etc. Afterwards, the empty RTIs are shipped back to the original location, mostly following counter-wise the steps in the distribution chain.

When talking about asset management, we mean the “coordinated activity of organization to realize value from assets” (ISO 55000). Thus, it means balancing and evaluating the existing assets to bring profits to the company. The core issue is to make the right decisions and optimize the delivery of value. In practice, an asset is owned by the company and it can be for instance an RTI, but also tools, textile and office equipment are considered company assets. Moreover, asset management covers a larger spectrum of actions, such as managing the RTI pool or rented assets in circulation.

In the RTI business, the aim of asset management is coordinating the actual RTI pool and allocating the right numbers of RTIs to customers, but also predicting the circulation pattern. This means that a company must have a sufficiently large pool of assets circulating to provide RTIs to customers, and to ensure the product deliveries.

Track and trace to technologies that enable goods to be followed through the delivery channel, including identifying and verifying their path. RFID is considered a track-and-trace technology, as it enables both real-time monitoring of the goods as well as easy, fast and efficient tracking of the items. RFID can also be utilized to automate the tracking operation itself. 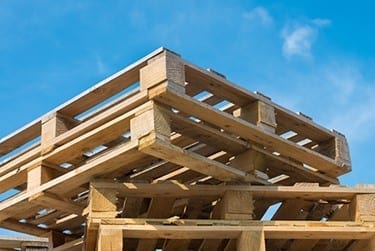 What to bear in mind when planning to invest in RFID?

Inevitably, the list of benefits that the RFID implementation brings along is remarkable:

However, there are several things that should be taken into account when an RTI pool owner considers deploying RFID in their business.

Moreover, as a business decision maker, it is important to keep in mind that when considering RFID implementation, asset tracking and asset management are two different operations. Focus should be on the chargeability of the system – if the RTIs are not rolling in and out, no profit for the pool owner is generated. Companies facing these kinds of problems are easily willing to exploit an automatic RFID system as they understand that it will enhance their RTI processes. Another point is that the RTI pool needs to be large enough, so it would make sense to transfer the fleet to an RFID system.

The value brought by an investment can be classified in different ways. Financial benefits are perhaps the most common assumption, but are they the only targeted value driving an RFID implementation? No, it’s not. 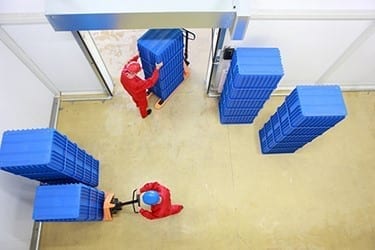 maximize the profits brought by RFID

To boost the RFID implementation process, the actual RTI, and the goods inside, should be monitored as part of the same infrastructure. As the infrastructure can take advantage of the same expense as the scope increases, several stakeholders and interest groups benefit from tagging the RTI. This gives guidance how to build the roadmap. By monitoring both the RTIs and the goods inside with the same RFID system, the overall benefits of tracking increase. In short, this means that the whole supply chain benefits more of the RFID tagging when the system tracks both the RTI and the goods inside.This way also the customer, whose goods are inside the RTI, can take advantage of the tagging process. Moreover, besides asset tracking, also the supply chain gains benefits.

If you are interested in RFID tagging, don’t miss our expert article on how to succeed in writing tags.

DO YOU want to know HOW RFID TECHNOLOGY COULD improve YOUR OPERATIONS?

Future of RFID: Increased sustainability by bridging the gap between RFID and other technologies

RFID implementation for industrial laundries with ease and expertise