In some RFQ’s and RFP’s people ask about RFID readers radiating power entities. This topic has also come up in discussions with customers. It is not always clear how to compare entities of different formats. Read on to understand what different RFID power entities mean, and how they can be utilized.

RFID radiating power is an essential entity describing reader performance, although it must be noted that it is not the only one. To put it simply – more power out from an antenna means that tags further away sense the reader. This is a good thing – if long reading distance is the goal. But power output alone does not describe all aspects of reader performance. It does not, for instance, describe receiver sensitivity – from how far a reader can sense the tag. In addition, it does not describe readers’ speed or ability to read tags without orientation sensitivity etc.

There are two common ways to indicate radiating power: milliwatt (mW) and some form of decibels (dB). It gets even more complex when different types of decibel figures are compared. This is no problem if it is done correctly, but mistakes are easily done.

how to determine reading distance

An example: Other things equal – which reader has a longer reading distance, a reader with 30dBm (1.0W) ERP or a reader with 32dBm (1.6W) EIRP? (You’ll find the answer later in this article.) 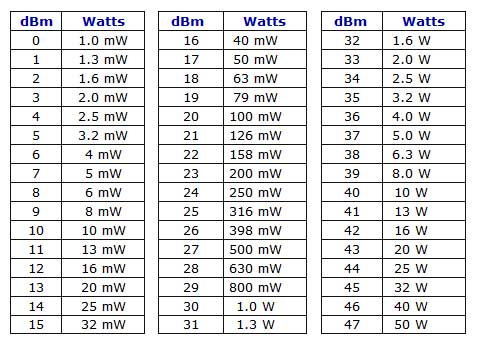 The other component – antenna gain – is compared to different reference antennas.

We have seen also dBiL being used, it refers to reference a linear polarized antenna, but the relation to dBi is not clear*), and we don’t recommend the use of dBiL.

There is a clear relation between the established reference antennas.

In European legislation radiating power limits are described in relation to dipole antennas and ERP (Efficient Radiating Power) is used as a measure. An example: RF power is 27dBm (500mW) and antenna has gain of 5dBi. ERP = 27dBm + 5dBi -2.15 = ca. 30dBm (1.0W)

In US legislation EIRP (Equivalent Isotropical Radiated Power) is used. Power is compared to isotropic reference antenna. With same reader and antenna as above (RF power is 27dBm (500mW) and antenna has gain of 5dBi) EIRP = 27dBm + 5dBi = 32 dBm (1.6W)

A reader with 500mW RF power, antenna with 6dBic gain

A reader with 400mW RF power, antenna with 5 dBi gain

Fixed vs. handheld RFID reader – How to decide between two reader options in a retail environment?